Facebook Ads is a great way for a lot of businesses to improve their sales and leads. Because it’s such a popular tool, we find a lot of people have set up their own ads. Unfortunately, Facebook’s interface often takes you on a journey that makes it easy to end up with ads that aren’t the best match for your needs

The following 9 issues are things we see in Facebook Ad accounts all the time. Fixing these will not guarantee that your campaign will be a success, but it will let you at least clear the basic hurdle of having a campaign that’s got the basics right and where it’s easy to measure success.

It’s a tempting button, isn’t it? 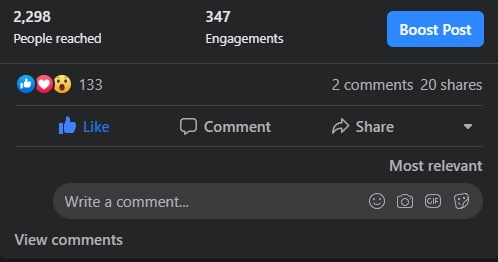 If you click it, Facebook takes you to a self-serve advertising checkout that has a fraction of the options that you have if you go into Facebook Ads Manager and create a campaign. Worst of all, your post will be optimised for engagement. This is fine if you just want a bit of extra branding but most people boost posts wanting clicks to their website or (gasp) sales and leads! This is unlikely to happen if the campaign you’ve built is actually optimised for likes and comments. Also, each post becomes its own campaign in Facebook Ads Manager which is a nightmare to manage and report on.

Facebook tells you not to. It warns you about reduced reach if you try to. It then even pauses your ad and emails you about it if there’s too much text. Yet we see people keep putting text in images, unwilling to abandon the traditional paradigm of banners with both images and text. Each Facebook ad format has plenty of text fields and generally that’s where your messaging and calls to action should go. There’s no point wasting your time, if anything Facebook’s algorithm is too eager to see text where there is none than vice versa. You will be found and your ad will either be disapproved, or run with a limited amount of reach compared to a compliant ad.

When you create a campaign, you’re asked to select an objective: 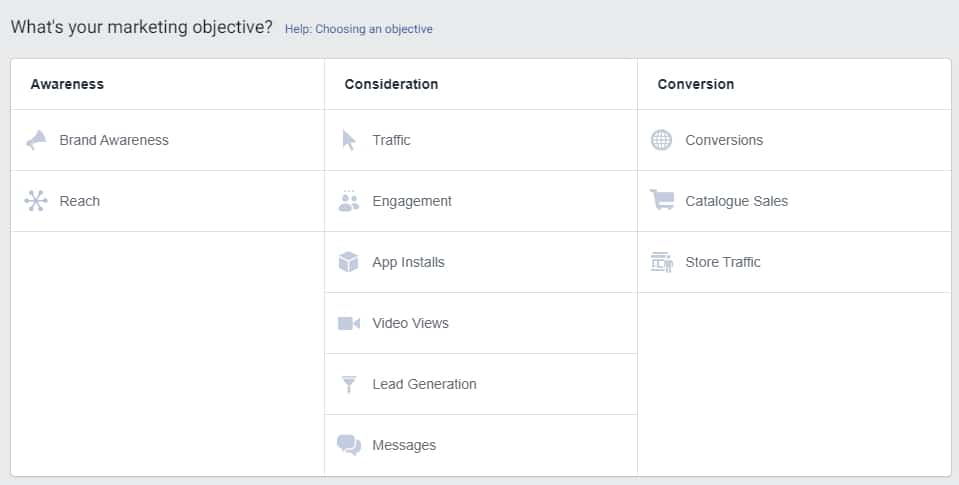 This is one of those cases where you need to take Facebook literally and click on the objective that you’re actually trying to go for, because that’s what its algorithm will optimise for. We’ve lost track of how many times we’ve seen an account meant to drive leads or sales that’s running link click ads. You’re telling Zucks to show the ad to eager clickers, not people likely to become an actual customer.

If you have the basic Facebook pixel installed (and if not then you should do this before you advertise on Facebook), then at least optimise for Landing Page Views since then Facebook takes into account whether people actually stay on your website for a reasonable amount of time. But generally you’d want to set up other Facebook pixel events (eg. Purchase or Lead) and then have a conversions campaign optimising for that. It’s worth it.

The main reason to start with a Landing Page Views campaign is if you haven’t got a lot of conversion data but then you’d still be wanting to switch to a conversions campaign asap.

When you create an ad set it gets you to define the audience there and then. Nice, yeah? 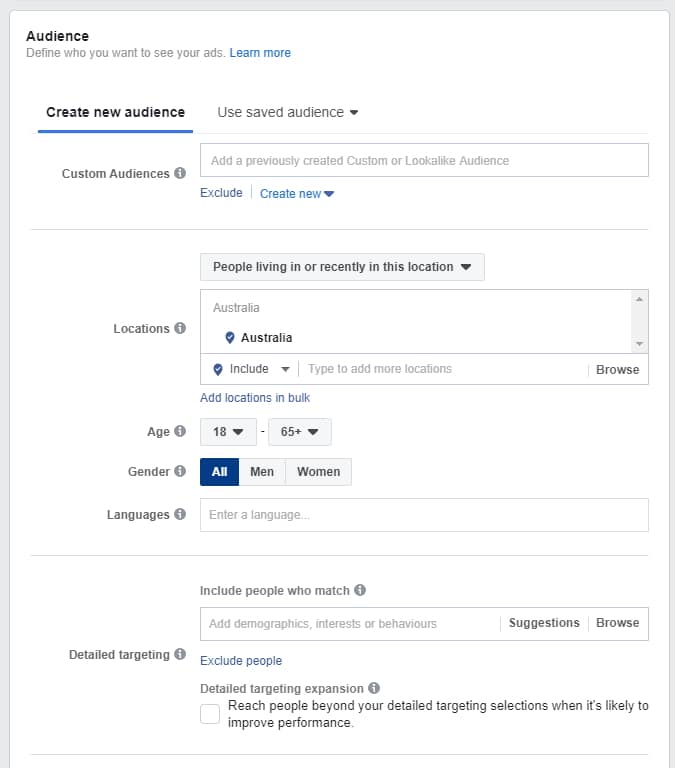 The problem is that this encourages you to build new audiences each time you want to launch an ad. However, while your ad messaging (and even campaign objectives) should change with your business lifecycle, you probably have a core set of 5-10 audiences you’re trying to reach.

It’s much better to create them as Saved Audiences in the Audiences page and then add them to ad sets. The advantages:

I bet you get annoyed if you see the same ad a million times in your Facebook feed. This is what will happen to your page fans if you don’t explicitly exclude them. Here’s how to do it:

The reason is that your page fans are usually a very engaged segment of your audience, so if you’ve asked Facebook to show your ad to people who include your page fans it is being incentivised to repeatedly show the ad to them and not new audiences because it can see your page fans are more engaged. This will be annoying.

There are definitely good reasons to advertise to your fans but we recommend this in separate ad sets or campaigns with much lower budgets and perhaps some scheduling parameters so Facebook doesn’t go overboard.

It’s tempting to start by using the interests that Facebook gives you. “I’m a dance studio, why not target people interested in Dance?”. The problem is that interest targeting is imperfect and for any single interest Facebook has a decent chance of getting it wrong. To see what Facebook thinks you’re interested in, go to https://www.facebook.com/ads/preferences/. Here are some things it thinks I’m interested in:

The second problem is when you add more interests you’re telling Facebook you want to target someone who matches ANY of these so the errors compound.

The best audiences to start with would be people who are already engaged with you (eg. have visited the website) but haven’t converted yet. The second best are generally lookalikes of your existing customers, whether from a file upload or Facebook pixel. The advantage there is instead of you doing the grunt work of picking specific interests, and being wrong, Facebook can take a lot more factors into account.

Using interests is fine but I would only start once the above audiences are going well. And it usually helps to add in some extra interests to narrow your reach. 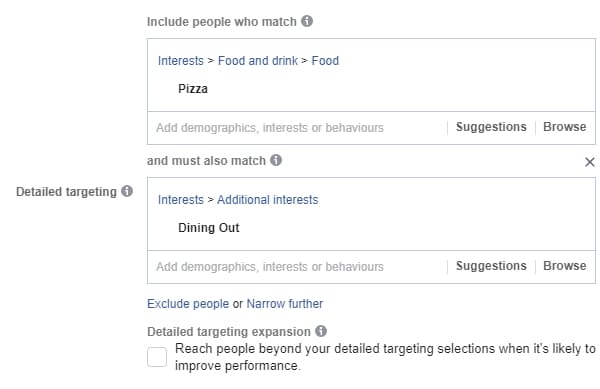 Here is a post which uses Facebook’s link preview feature which is how Facebook generally tries to render links: 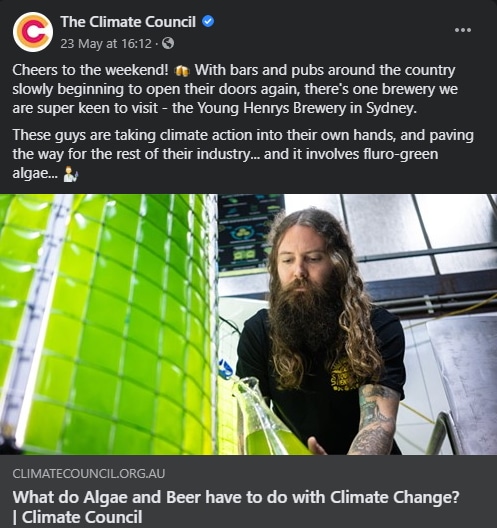 It’s optimised for Facebook to deliver clicks to the website. It pulls in the hero image, the whole giant rectangle is clickable and so forth. If you’re putting the link directly into the text, you don’t get an image preview, you’d have to manually add an image, and the clickable area is tiny. Not as inviting for a user click.

If you boost a post then both paid and organic traffic will be clicking on the same link so in Google Analytics you won’t be able to differentiate between the traffic and how it behaved, which is quite important. For this reason we recommend that you create a separate ad (which can use an existing post as the basis): 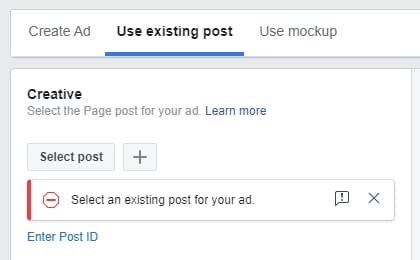 You can add Google Analytics UTM tags to your Facebook ad in the URL parameters field: 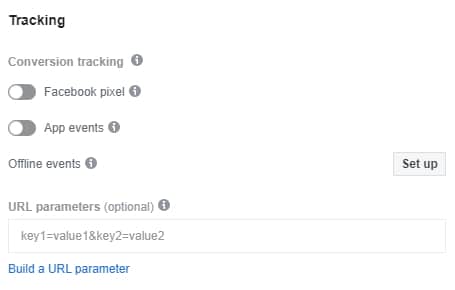 Tactic Lab is a full-stack digital analytics and marketing agency based in Australia. This knowledge base was developed as a resource for both our clients and anyone else wishing to improve their measurement, strategy, marketing and digital assets.

Have comments/questions/topic suggestions? Get in touch with us:
[email protected] Facebook LinkedIn
Print to PDF
Browse articles about:
Digital Advertising Facebook Ads